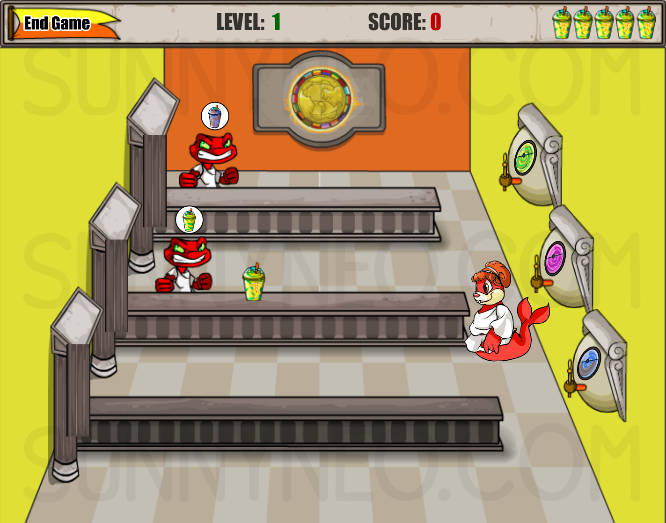 You control the Tuskaninny Waitress serving customers coming in for a refreshing slushie. Behind the Tuskaninny are three slushie machines with three different flavors inside. In front of the Tusaninny are three counters where customers will slowly progress down awaiting their favored slushie. Use the up and down arrow keys to move from counter to counter or machine to machine. Use the left and right arrow keys to turn the tuskaninny toward the machines or customers respectively. Use the space bar to fill a slushie or to send the slushie down a counter towards the waiting customer.

There are a few things to note in this game. Matching their slushie gives extra points, but you do NOT have to give them the slushie they ask for which this comes in handy when things move faster. So you gain points for giving a customer a slushie, more points for matching the slushie they are asking for, and for picking up an empty cup. 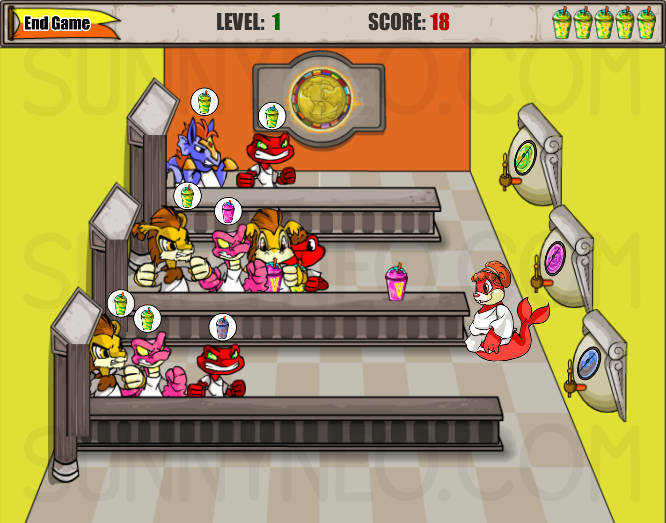 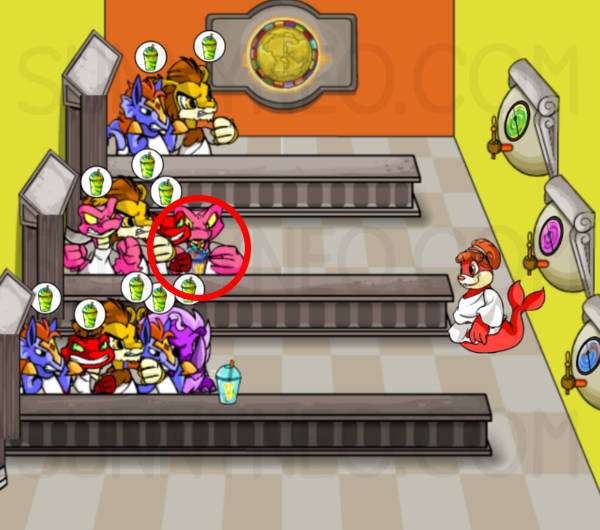