What is the Forgotten Shore?


The Forgotten Shore is a daily activity located in Krawk Island, as can be seen below. After having gained access to the shore, you can visit it daily for the possibility of finding something in the sand. The treasures range from neopoints to Pirate Draik Eggs and more, so it's a daily you won't want to miss out on. If you haven't gained access to it yet, you won't be able to visit the shore at all.

Note: As this is a daily that gives out neopoint rewards, you will not be able to visit the Forgotten Shore on side accounts. 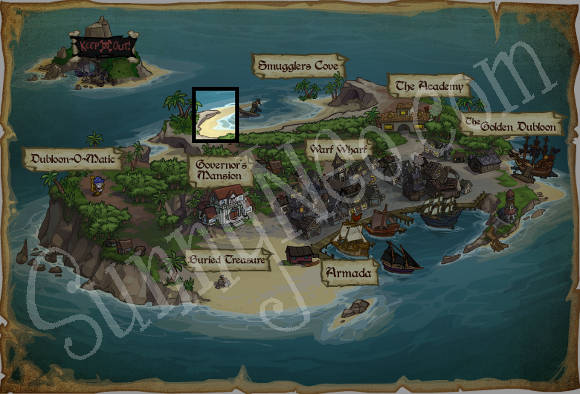 
After you have collected all 9 pieces, you can visit the Treasure Map Redemption page. They will reveal the location of the shore and provide you with a link to the shore, as well as some congratulatory remarks. What can I get from the Forgotten Shore?
Once a day, you can visit the shore for a chance to get a prize. Oftentimes, you won't be able to find anything, and you will see the message:


If there is something to be found, then you will see something sticking out of the sand. By clicking on the shore, you will be able to collect a prize. For convenience, the possible prizes have been numbered in the image below. For each type of prize, there are a few different rewards, all listed below. 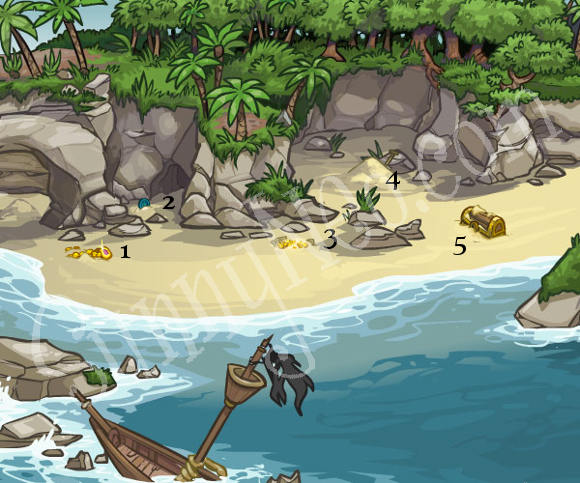 1: Jewellery
When the gold necklace appears on the left side of the beach, you will win one of the following treasures:

The Earrings, Hairpin, Necklace and Tiara of the Deep can be placed in your Stamp Album and will appear on the Treasures of the Deep page.


2: Coins
If a blue coin appears between the rocks, you can win one of these collectable coins:

These items can be placed in your Stamp Album and will appear on the Maractite Coins or Space Station Coins page. 4: Miscellaneous Goodies
The big sandpile at the beach indicates a much bigger treasure. You can win one of these four:

The first two are the dream of every Neopian. The morphing potion can be used on an existing pet to transform him or her into a Pirate Krawk. The Draik Egg can be hatched into a Pirate Draik by visiting the Draik Nest.

The Forgotten Shore Background is a wearable item that can be used to customise your pet. A Flash Preview is shown above, you can also try it on your pet at SunnyNeo's Dressing Room.

Meanwhile, as if there weren't already enough random avatars, TNT released a Forgotten Shore avatar that is randomly awarded when visiting the Forgotten Shore. If you're lucky enough to get it and are interested in using it, feel free to use the font that accompanies it, shown below.

Awarded randomly from searching the Forgotten Shore. You can get it from finding it in the pile of sand.

Upon receiving a Discovered Treasure Chest, you have two options. The first is to sell it and make a nice little profit. The second is to open it by letting your pet play with it.

There is a large variety in the prizes you can receive; the ones known are listed below. They are loosely grouped by category and within each category are listed in alphabetical order. Opening the treasure chest will give you one of these items.