History:
The Magma colour for pets was first shown in the Atlas of the Ancients Plot Comic, chapter 11. (Neocolours detected the colour several months earlier and posted it here on Sunnyneo's news on 17 August 2009.)

After access to Moltara City and the Moltara Caves was granted, the Magma Pool was blocked off by signs.

One Magma pet was spotted on a TNT test account before the colour was released to the public, and a Magma Techo was seen in an Advent Calendar animation on December 7, 2009. 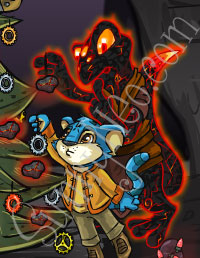 Finally, on 14 December, 2009, Magma pets were released to the public. The signs around the Magma Pool were replaced by a guard who controls your access to the Pool.

On initial release, all 54 pet species were available in the Magma colour. You can see all their images at our Rainbow Pool.


How to get a Magma Pet:
There are two confirmed ways to paint your pet Magma:

- Zap at the Secret Laboratory.

- Dip your pet into the Magma Pool.


There are three known results when visiting the Magma Pool.


First and most common is that the guard is awake and you cannot access the Pool:


The second possible result is that you will find the guard asleep. This is random. You should be able to access the Pool.


The third possible result is that you will be accepted by the guard. At this time, it is unknown how to get this result other than it being random. You should be able to access the Pool.


Painting your pet at the Magma Pool:
If you are lucky enough to gain access to the Pool, the painting process is simple. 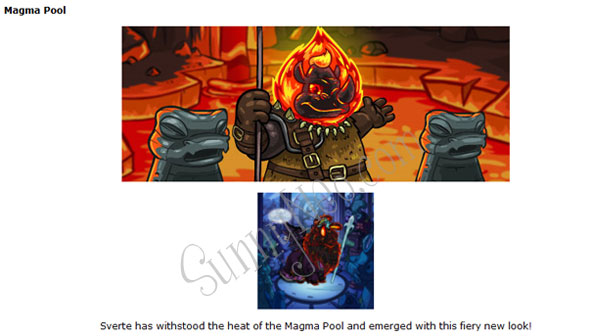 If you return to the Pool after you have used the Magma Pool to paint your pet, you will see the following message: